Home Health Care - High Rate of Antidepressant Use After Cancer

(HealthDay News) -- Treatment for depression and anxiety is nearly twice as common among U.S. cancer survivors as it is for those who never had the disease, a new study finds.

Among more than 3,000 adult cancer survivors, 19 percent reported taking medication for anxiety, depression or both, 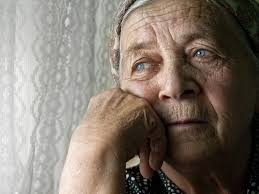 researchers found.  But when the research team looked at nearly 45,000 adults with no history of cancer, they found just one in 10 used these medications.

"Overall, these findings are sobering," said lead researcher Nikki Hawkins, a behavioral scientist at the U.S. Centers for Disease Control and Prevention.  "We've come a long way in treating cancer medically, but these data tell us cancer can take a serious psychological and emotional toll for many years, even after treatment is complete," she said.

Hawkins said it's remarkable that nearly one in five cancer survivors is taking medications for anxiety and depression. This adds up to approximately 2.5 million survivors in the United States taking these drugs, she said. "We know very little about how or when these rates got so high, whether these survivors' mental health needs are being adequately treated, and how these rates of medication use will affect survivors' health and well-being in the long run," Hawkins said.

The findings show it's not only newer cancer patients using medications to manage distress. Survivors who were a decade or more past their cancer diagnosis are also using these medications at a rate about double the general population, she said.

The American Cancer Society said it was unaware of this high rate of mental health treatment.  "This is important information that we didn't have before," said Kevin Stein, vice president of the cancer society's Behavioral Research Center.  Anxiety and depression can have a significant effect on a patient's quality of life "and even survival," he said.  "We can manage anxiety and depression with a combination of medications and interventions like stress management training," Stein said.  However, "we need to do a better job of understanding who's at risk for anxiety and depression, and we need to intervene early," Stein said.

He added that physicians can screen patients for anxiety and depression simply by asking, "How distressed are you?" Then they can refer patients to appropriate mental health services, Stein said.  "It should be asked about at every visit," he added.

Patients also should speak up, Stein said. "It's not uncommon to feel anxious or depressed after you have cancer, but it's OK to ask your doctor for help." That's how you can learn about options for support and treatment, Hawkins said.

"Survivors might feel uneasy or stigmatized talking about the toll cancer takes on their emotions, but their psychological health is as important as their physical health and deserves the same level of attention," she said. Using data from the U.S. National Health Interview Survey for 2010 to 2013, Hawkins and her colleagues analyzed more than 48,000 records to estimate the number of cancer survivors taking medication for anxiety or depression.

Patients most likely to use antidepressants included those under 65, whites, people with public insurance and a usual source for medical care, and those with multiple chronic health conditions, the researchers found.  The report was published Oct. 26 in the Journal of Clinical Oncology.

The researchers cautioned that because these statistics were self-reported, information about when patients started taking medication or how long they took it isn't known. It is also not known if the patients were diagnosed with an anxiety disorder or depression.

What is known is this: "We clearly have more work to do to better understand and treat the psychological and emotional burdens of cancer in addition to the physical effects of the disease," Hawkins said.